GIF transition from image to transparent

Questions and postings pertaining to the usage of ImageMagick regardless of the interface. This includes the command-line utilities, as well as the C and C++ APIs. Usage questions are like "How do I use ImageMagick to create drop shadows?".
Post Reply
6 posts • Page 1 of 1

GIF transition from image to transparent

Setup:
I'm trying to produce a GIF animation from an input image (PNG, JPEG, etc). A "disintegration" effect is applied to the input image. This effect is achieved using Fred's transition script shown here. I am using the one all the way at the bottom, where it says

With a white background, it looks okay:

But the effect simply isn't the same if the background doesn't match. For example:

Yikes! So, I want the transition image to be transparent. In other words, I want the original image to look like it's "disappearing". I'm still new to IM (only 2 days in so far, but I'm picking it up fast!), so I don't fully understand compositing and the likes. I've been scouring over the usage guide to learn as much as I can, but I've hit a wall.

One idea I've had is that maybe I could generate the transition image using the default:

with the intent of transitioning from the original image to this transparent black image (which, as a GIF, will be transparent) giving the appearance that it is "disappearing".

I don't know if this is the best solution, or is even a rational way to do this. In any case, I haven't had any luck, as the GIF does not appear to have any effects. However, ExifTool reports that the GIF does contain all 50 frames. My theory is that the transparent image is first being converted to its transparent form, then composited with the original frame and therefore no effect is displayed. But, it's just a theory.

I would greatly appreciate some help figuring out what's going on and how to achieve the effect I'm looking for.

Please post your full imagemagick command line and your original GIF animation. GIF does not support partial transparency. So that will not work to save as GIF. It will be either all one image or the other.

I can get this to work saving as multipage TIFF, but not with GIF. It uses subshell processing to avoid saving multiple temp files.

I used the following PNG image:

Here is the script I am using to transform the above PNG:

That produces the following GIF image:

Not what I want. What I'm looking for is a GIF that removes pixels frame by frame, in the pattern supplied by the mask file, with the end frame fully transparent, so something like this:

This command will start with your image of the face, create a multi-step mask using a "plasma:" canvas to simulate the crumbling, and composite those masks sequentially over the main input to create increasing amounts of transparency.

Edited to add: Within the same command you can easily set different delays for the first and last frames. To set the delay individually for the first frame, add this after the "-set delay N"...

To set the delay of the last frame, add this after the "-set delay N"...

Seems like my correction post got lost. Here is pretty much what you want, I think. Let me know.

All I do is threshold the randomized image at increments and put it into the alpha channel of the input. 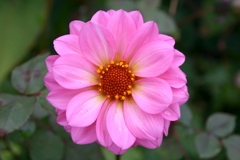 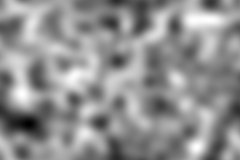 Please reply to my private message to you on this forum.
Fred's ImageMagick Scripts
Top
Post Reply
6 posts • Page 1 of 1